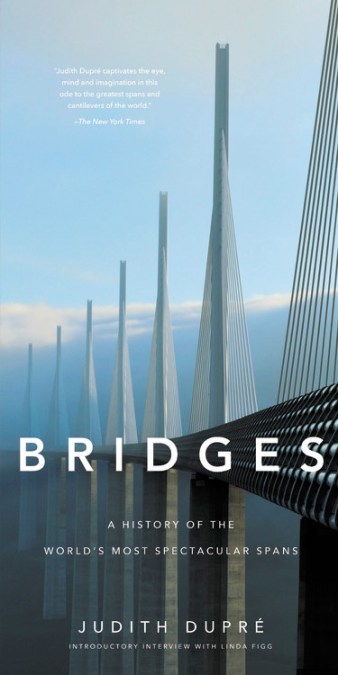 by Judith Dupre
From New York Times best-selling author Judith DuprÃ©omes a revised and updated edition of Bridges, her magnificent chronological tour of the world’s most significant and eye-popping spans. Covering thousands of years of architectural history, each bridge is gorgeously photographed “elevating the landmarks from mode of transportation to works of art” (Bustle).

Technological advances, structural daring, and artistic vision have propelled the evolution of bridge design around the world. This visual history of the world’s landmark bridges has been thoroughly revised andupdated since its initial publication twenty-five years ago, and now showcases well-known classics as well as modern innovators. Bridges featured include:


Including all-new photographs and the latest cutting edgework from today’s international superstars of architecture and engineering, Bridges covers two-thousand years of technological and aesthetic triumphs, making it the most thorough, authoritative, and gorgeous book on the subject-as dramatic in presentation as the structures it celebrates. Breathtaking photographs capture the bridges’ details as well as their monumental scale; architectural drawings and plans invite you behind the scenes as new bridges take shape; and lively commentary on each structure explores its importance and places it in historical context. Throughout, informative profiles, features, and statistics make Bridges an invaluable reference as well as a visual feast.

by Judith Dupre Introduction by Adrian Smith
A landmark bestseller that “captivates the eye, mind, and imagination,” (The New York Times), Skyscrapers is a unique and colossal celebration of the world’s most significant and striking super-structures.

Uniquely designed to showcase the full color images of the world’s tallest buildings, Skyscrapers explores the architecture, engineering, and cultural impact of more than 60 skyline defining buildings including:
Arranged chronologically by date of building construction, each informative profile includes stunning photos of the building’s defining features along with building plans, diagrams, historical background, and technological information.

Beginning with a fascinating interview with Adrian Smith, the master architect responsible for Dubai’s Burj Khalifa, the reigning tallest building in the world at 2,717 feet (828 meters), Skyscrapers also includes in-depth looks at compelling topics in skyscraper design, including next steps in creating visionary cities of the future, and information on cutting-edge sustainable materials that help make these structures environmentally friendly. 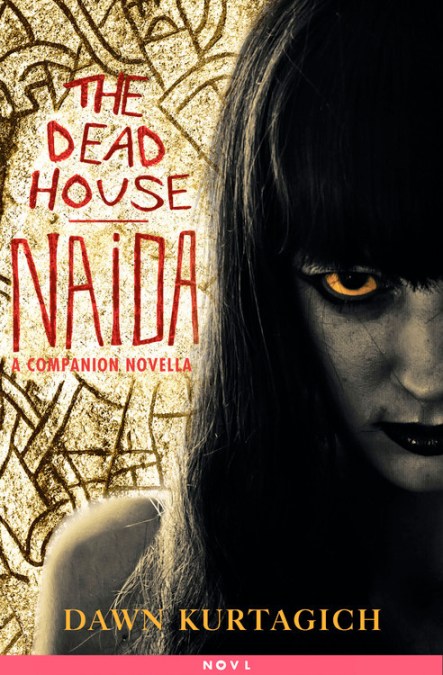 There is a box.

A box that should never have been discovered.

And a warning beneath the lid.

This was for Kaitlyn. It was a mistake.

Forget this box and leave the Isle.

After the inferno that swept through Elmbride High, claiming the lives of three teenagers and causing one student, Carly Johnson, to disappear, Naida Chounan-Dupre was locked away for the good of society.

But that wasn’t the end of the story.

Because you can’t play with the devil and not pay the price.

The chilling, psychological horror of The Dead House returns with never-before-seen footage of the Naida tapes.